Nat Ripepi is an award winning singer-songwriter from Perth, Australia who has a diverse range of influences from acoustic pop to angsty rock and everything in-between. As such, she has managed to carve out a style and sound that is at once familiar, but still uniquely her own. Critics and fans have drawn parallels to artists such as Missy Higgins, Sarah McLachlan and Melissa Etheridge with her blend of acoustic guitar and gutsy vocals coupled with addictive hooks and emotive lyrics.

2011 was a challenging year for Nat Ripepi. Her long awaited CD PIECE BY PIECE had only just been released when she took time out to be with family after the passing of her father to brain cancer. Then 3 months later, Nat herself was diagnosed with stage 4 ovarian cancer and had to undergo life threatening surgery followed by 6 months of chemotherapy. Consequently she was forced to take an extended break from music to recover. “I was given a 45% chance of making it to 5 years which was a very sobering thought.” But instead of wallowing in self pity, she channeled her energy into thinking about how she really wanted to spend her time if, potentially, these next few years were her last. 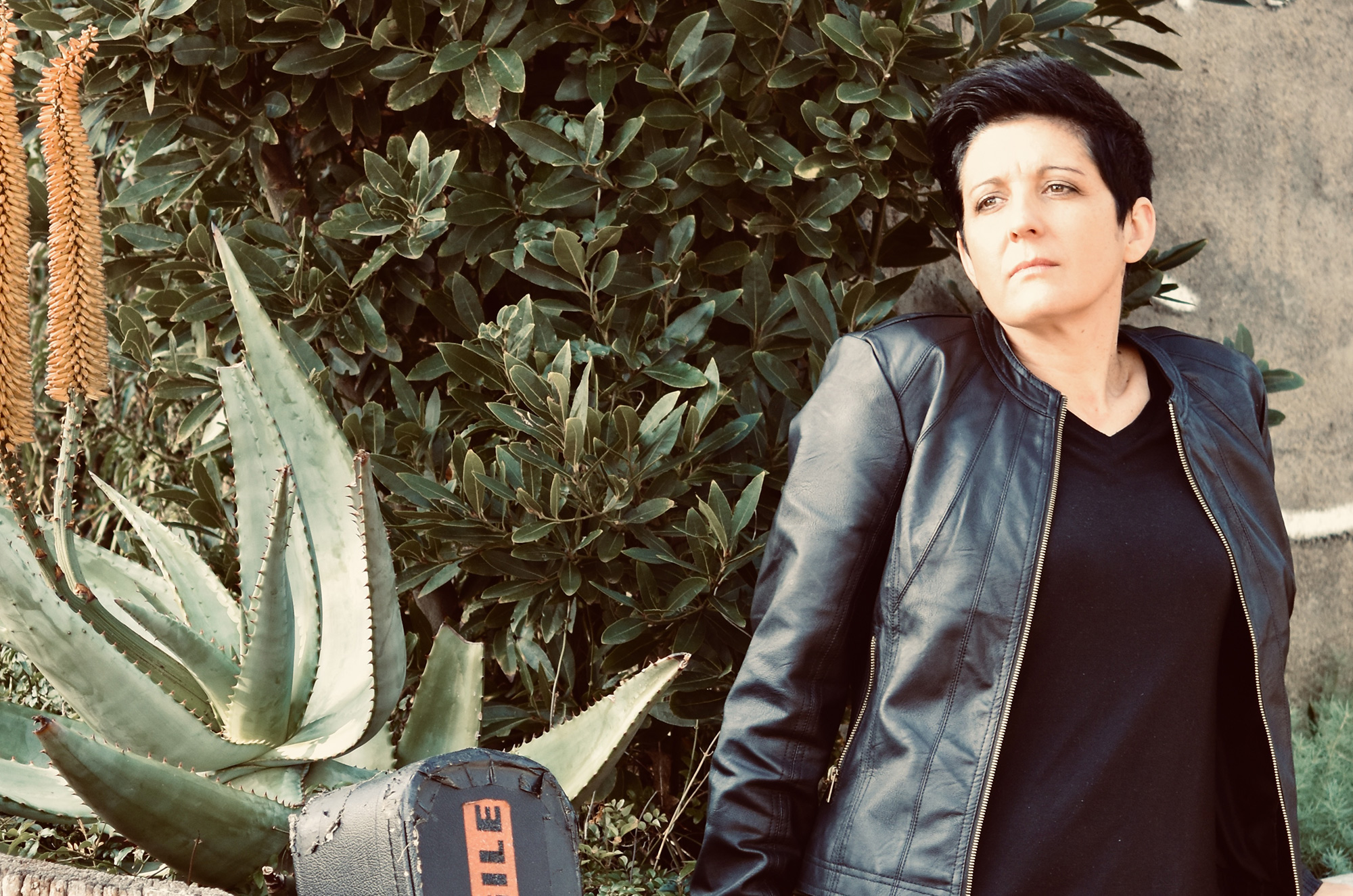 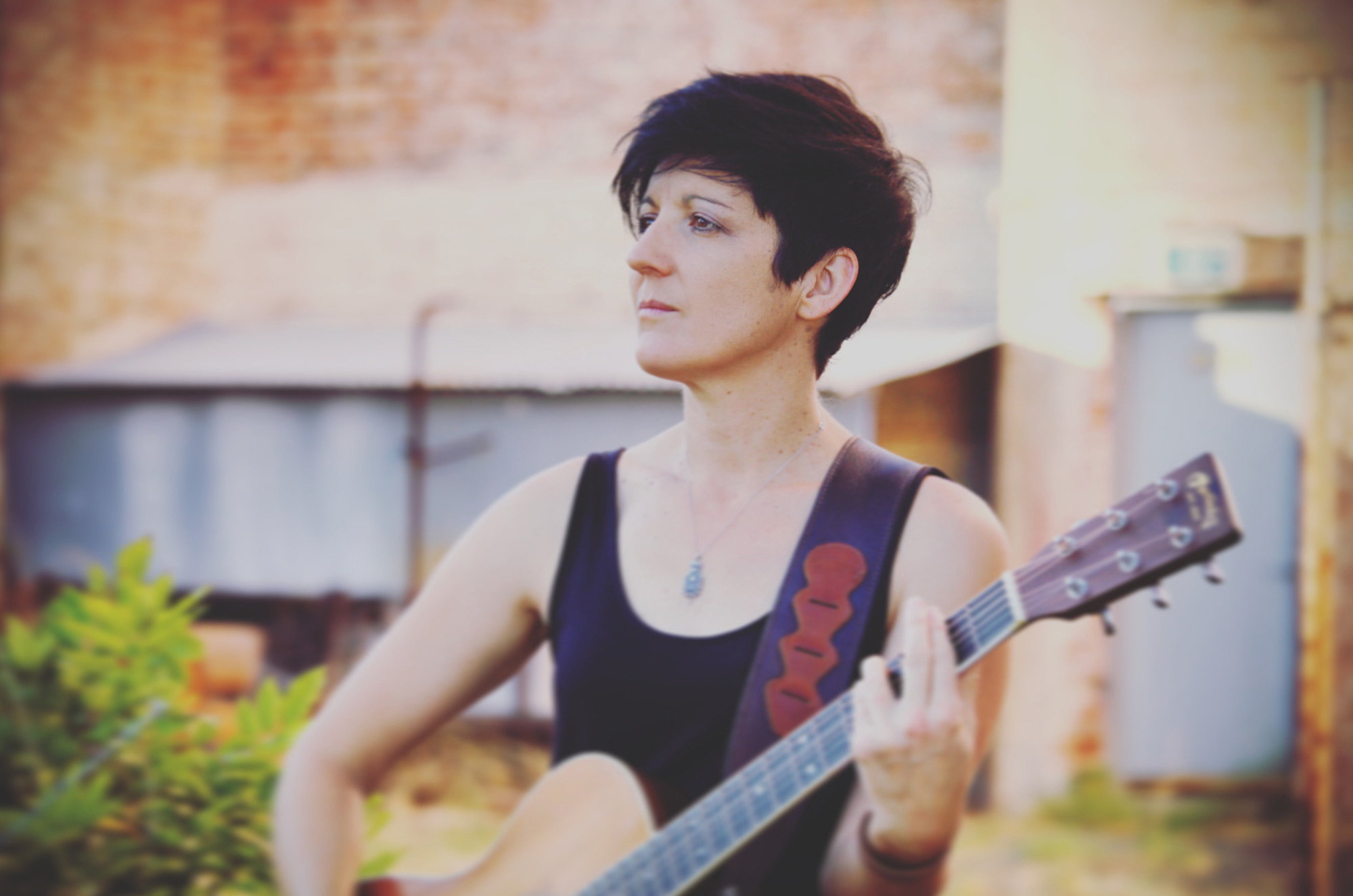 “I learnt a lot about myself in that time… In the beginning, I just wanted to spend time with my family and friends and focus on healing. My dream of “making it” in the music industry just wasn’t a priority anymore.”

Thankfully, Nat beat the odds and has now fully recovered. “I just had it in my head that if I could make it to 5 years, then I could do anything!”

And now that she’s fully recovered, the music bug has returned. “I thought I’d never make another album, but now I’m itching to make one! The music is still there, gnawing away at me, wanting another chance to be heard.” 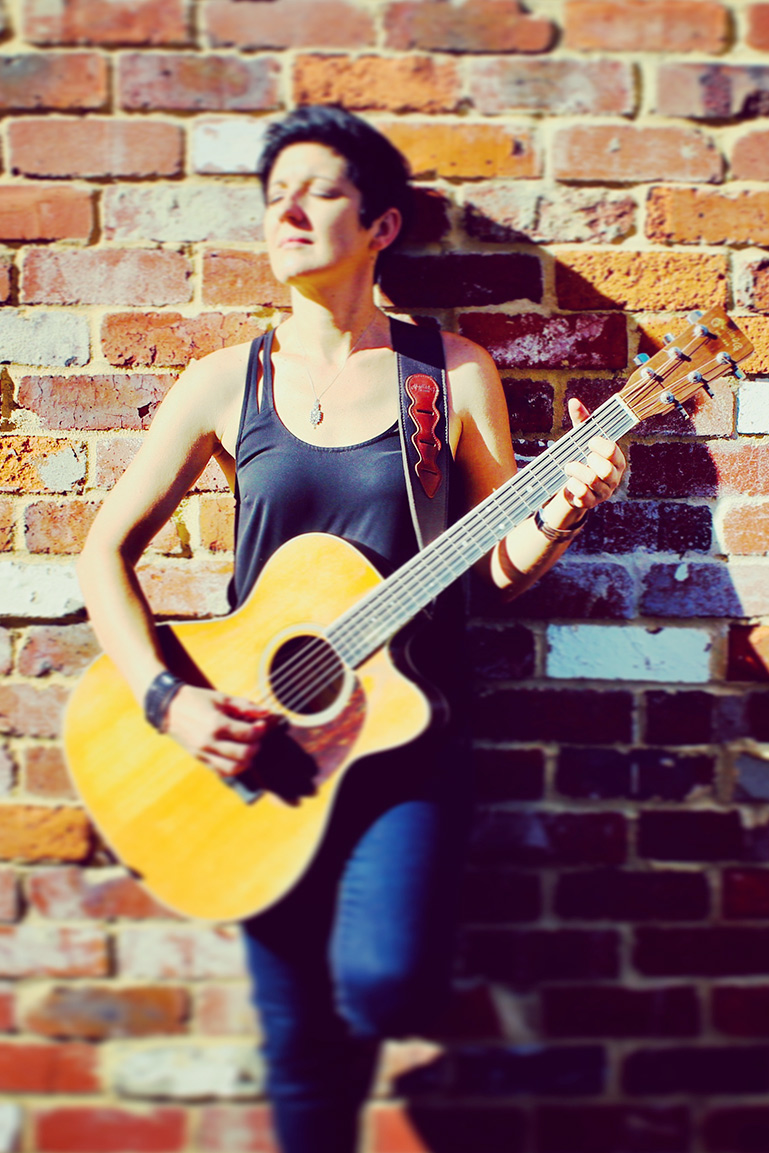 Nat has already written a handful of songs and is continuing to write before heading into the studio to make what will be her 3rd full length solo album. In the meantime, she will be putting energy into promoting her sadly neglected PIECE BY PIECE album. “I feel like Piece By Piece never got its time in the spotlight. I was so proud of it when it came out, but I got sick before I could do anything with it. I feel like it deserves to be heard, so I’m going to give that another push before recording the new album.”

Throughout her career, Nat Ripepi (pronounced Ri- (as in rip) -pep-ee) has toured extensively through-out both Australia and the U.K, received numerous local music industry awards and nominations and released 2 full length albums and 4 Ep’s, all of which received rave reviews from the critics. She has also been the opening act for a number of high profile international and national touring artists such as Pat Benatar, The Bangles, Ben Folds Five, The Waifs, John Butler, Passenger, Nizlopi, Luka Bloom, Billy Bragg, Mark Seymour, and Kate Ceberano to name a few.

Nat started performing professionally in 1996 and quickly became one of Perth’s most popular acoustic artists, attracting a very loyal legion of fans. More gigs followed as she built her reputation as a dynamic and powerful acoustic artist.

Her good friend, Kathy Taylor, regularly joined Nat on stage adding harmonies and percussion. The pairing proved so popular that they decided to form a permanent duo. Under the name Muse (before the UK band of the same name hit the airwaves), they released an Ep which quickly sold out of its first pressing.

Motherhood for Kathy saw the girls discontinue as a duo and Nat went on to start the recording of her debut solo album with Mark Donohoe (Sunny Cowgirls) at Apollo 10 Studios in Perth, using some of the city’s top session musicians, including Courtney Murphy (backing vocals), Jason Smith (electric guitar and bass), Tim Count (keys) and Steve Curyer (drums).

The resulting CD ‘UNIVERSE’ was released in 2000 and charted at #3 on 78’s Records Independent Music chart (WA) and #4 on the Mills Records Indie Charts (WA).

Nat then re-located to Melbourne in 2000 after the release of ‘UNIVERSE’ and spent 2 years honing her craft and building a following on the Melbourne circuit before re-locating once again to Leamington Spa in the UK. While there, she met and became friends with John and Luke from Nizlopi. John added his amazing upright bass talents to Nat’s music and the pair gigged solidly on the local scene. Nat then moved south to Brighton where she performed extensively at songwriter nights in London and beyond. Brighton was also where she met Al Start and Emily Baker, both successful artists in their own right, who gave Nat endless support and encouragement. Nat and Al co-wrote several songs together (including So Many Ways) and Emily co-wrote I Will Not Fall and produced Nat’s EP ‘The Moment”.

At the birth of her first nephew, Nat returned home to Perth and started work on what would become PIECE BY PIECE with local musical legend Roy Martinez as producer and award winning sound engineer James Newhouse behind the boards (The Waifs). 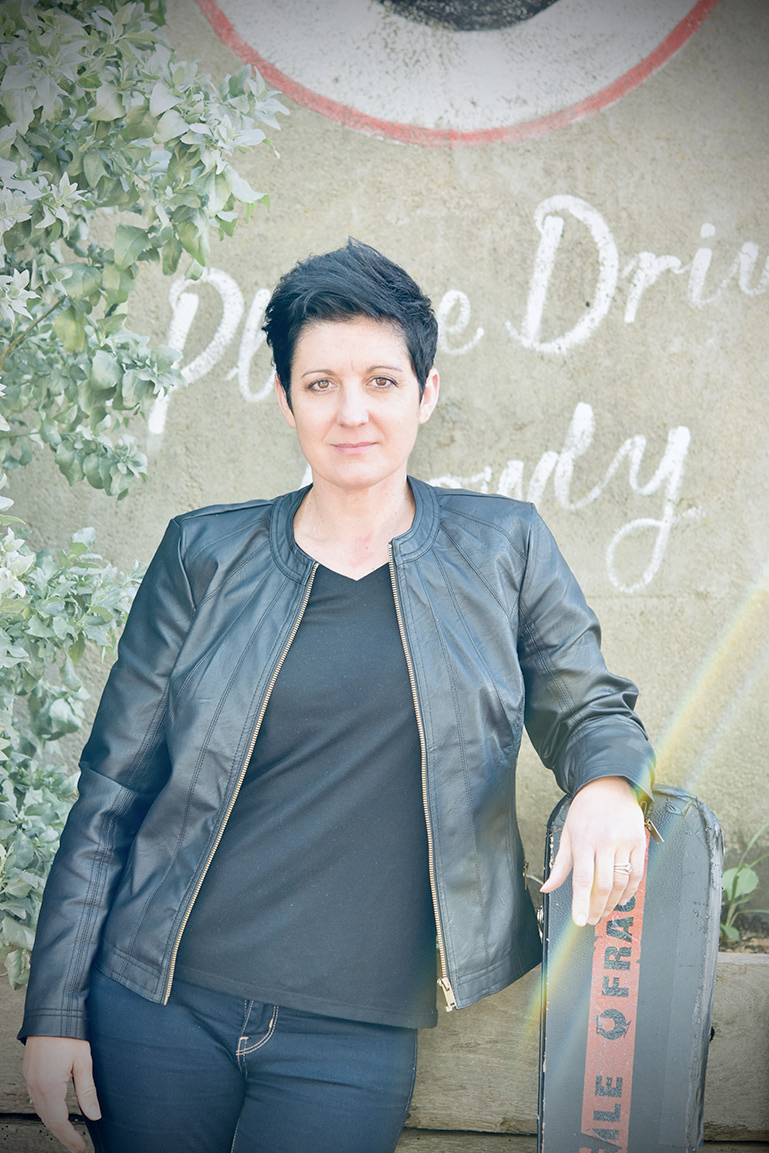 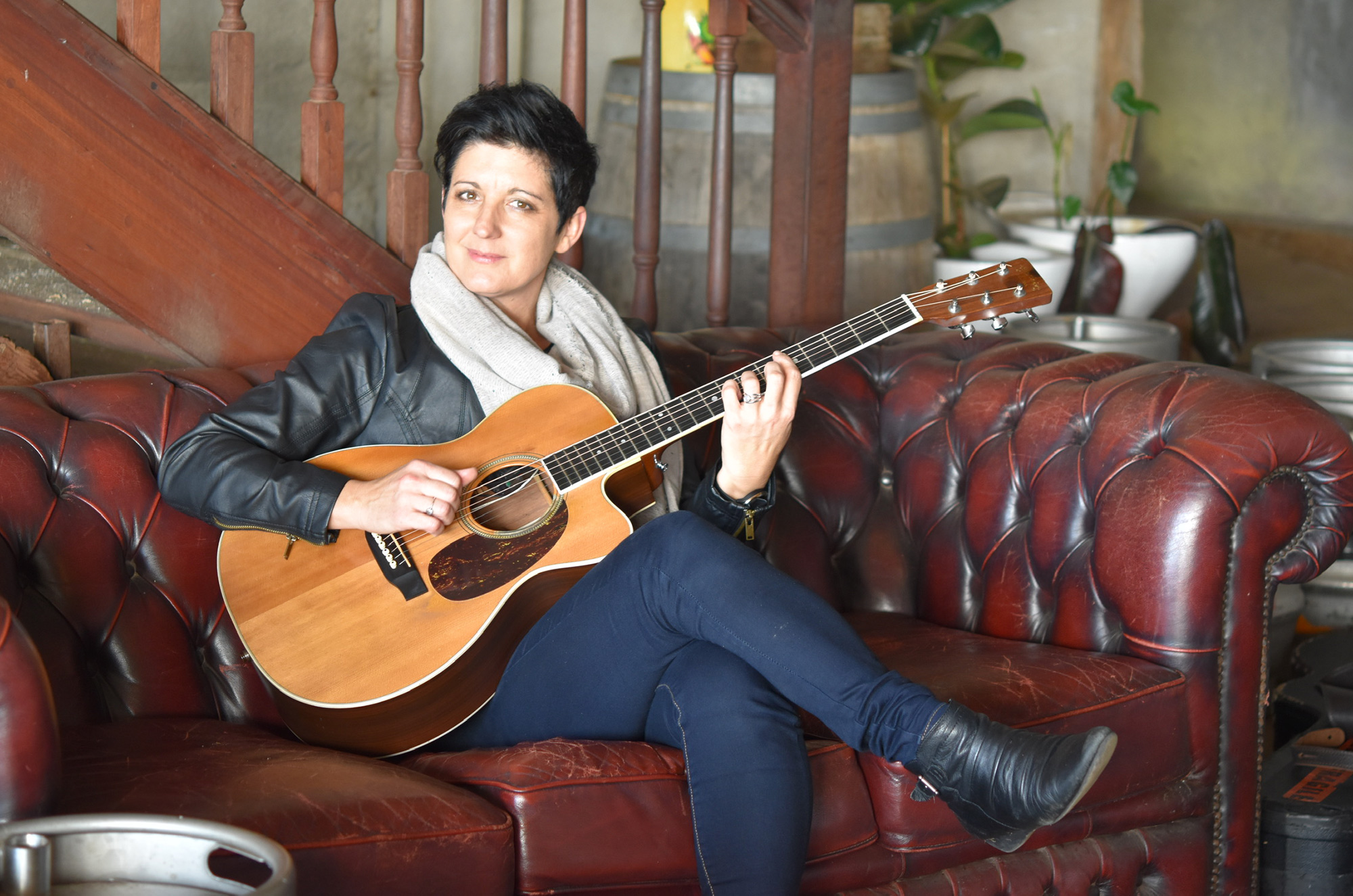 away from the stage

Nat now also dedicates some of her time to Cancer research fundraising and awareness, participating in the 2012 Ride To Conquer Cancer- a 200km bike ride raising money for the WA Institute for Medical Research, and performing at charity events for the Women and Infants Research Foundation and St John of God Foundation.

She also regularly volunteers for many community projects, such as the Music Feedback Project which promotes mental health awareness through music.

“The set was a soulful expression of a collage of emotions in an eclectic group of styles. From folk rock to out and out bluesiness”
GROK Magazine

“Her music instantly grabbed everyone’s attention; the sheer emotion and power that came from a single acoustic and voice was stunning”
Conor – Healthy Concerts UK

“A true must-see for some exquisitely polished performances – A joy to the ear (& soul!)”
K.D. – Healthy Concerts UK

‘I Will Not Fall’ nominated for WAM Song of the Year

Sista Jive – You Are My Right

Nat Ripepi is an award winning singer-songwriter from Perth, Australia.